Marlin Being Relocated; Military Brass Not Being Demilled and Taken Off Market 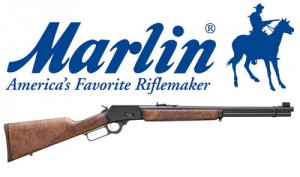 After 140 years, the Marlin plant located in North Haven, Connecticut will be closed by the middle of next year. According to Remington Arms sources, the facility is being decommissioned and the manufacturing relocated to Remington’s Ilion, New York facilities, the Marlin lines are not moving offshore.

For the North Haven community, it’s an economic hit, impacting not just the 265 Marlin plant workers, but the cottage industries that have sprung up over time to service the Marlin workforce. When Marlin was acquired by Remington in 2008, there were 345 employees in North Haven and another 225 workers at the Marlin facility in Gardner, Massachusetts. Today, only 265 remain, and they’ve been notified they’re not going to be working beyond mid-2011.

For the industry, the news is yet another sign that business as usual is coming to an end. As corporations acquire smaller brands, corporate efficiencies, and economies of scale trump history and community standing. After all, if the brands didn’t fit inside a corporate portfolio and meet criteria that include efficiencies, the buy wouldn’t make much sense to begin with.

When larger companies acquire smaller ones, consolidation is inevitable.

The process is no different nor more surprising from Remington concerning its family of companies than Smith & Wesson integrating the Thompson/Center operations into its Springfield, Massachusetts headquarters. Stock analysts I’ve spoken with have made it abundantly clear they’d like S&W stock better if T/C’s facilities went away altogether. Fortunately, the analysts don’t run companies, they observe them.

If smaller companies were operating efficiently and/or profitably, they would most likely not be candidates for takeover. It is their inherent inefficiencies which make them candidates for acquisition, despite any historical standing. Ultimately, companies exist to make money for owners, whether they be private or public. If a new owner thinks they can change profit-and-loss statements with consolidation, consolidation is inevitable.

For the company founded by John M. Marlin in 1870, it’s a change in the kind of ownership lineage that has remained tied to New Haven and Connecticut communities. After acquiring Marlin from its original owner, the Kenna family owned and operated the company for nearly eighty-five years. Remington is the first corporate owner.

At this writing, it seems Marlin, Harrington and Richardson, New England Firearms and L.C. Smith- all Marlin brands -are destined for absorption into Remington’s existing manufacturing facilities in Ilion, New York. Such a move would maximize use of that facilities and consolidate manufacturing operations. Consolidation is another efficiency necessary to compete with imported products.

Although it’s purely speculation on my part, a consolidation move makes perfect sense if you’re demonstrating lean operating abilities as part of some sort of market capitalization move. Bankers and investors are quite fond of consolidated operations, especially if the company happens to represent numerous iconic brands. 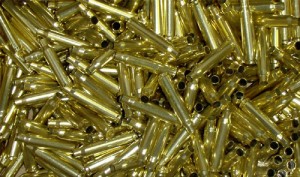 Last Friday, many in the gun world received a report saying that the actions of Montana Senators Baucus and Tester to prevent the military’s no longer making once-fired brass available for surplus purchase by consumers and commercial reloaders was suffering from a “fatal end-run”. An end run being promoted by Aliant Tech Systems (ATK) in an effort to pull surplus military brass off the civilian market.

The report was written by Gary Marbut, President of the Montana Shooting Sports Association. According to Marbut’s report, “sweetheart deals” were being promoted between ATK and military base commanders to sell their surplus brass directly to ATK.

According to Marbut’s report, ATK’s plan would prevent the cases being sold through Government Liquidations, a contractor to the federal government that handles liquidations of all sorts of government property.

Under the Government Liquidations program, money realized from auctions is directed back to the U.S. Treasury. The ATK plan, however, gave the money directly back to the respective base commander commander. If you’re a base commander, it might be an intriguing idea- adding money to the base funds, rather than sending the money to Washington.

The most unsettling part of the report, however, was a series of quotes taken from the ATK program literature being directed to the commanders. In those materials, several reasons for participating in a direct sale rather than a government liquidation were quoted. None portrayed potential civilian purchasers in a positive light.

After reading the report, I spoke with Gary Marbut about his report. He stood behind his report -and continues to do so today. His position is simple – anyone who presents a potential threat to private firearms ownership must be stopped.

After speaking with Marbut, I attempted to reach ATK’s CEO Mark DeYoung. Having recently been elevated to the highest corporate position at ATK from the ammunition division, it seemed reasonable that he would have knowledge of the sales program and ATK’s intentions.

When DeYoung and I did communicate he made no personal comment (which was to be expected), instead forwarding me an official comment from ATK on the whole matter.

“ATK is a strong supporter of our armed forces, the shooting sports industry, second amendment rights and all of our customers who choose to reload ammunition, the release says, “In fact, ATK is a leader in the reloading market.”

The statement goes on to say a “dated brochure and presentation have caused confusion in the marketplace and do not reflect the views of our company and will be immediately withdrawn.”

At that point, I presumed – wrongly- that the clarification from ATK might put the matter to rest.

Marbut disagrees. Instead, he’s calling for ATK’s full disclosure of all military bases where there were agreements to take and destroy fired brass, a list of installations where the agreements were cancelled, and identification of any ATK employees responsible for “hatching and approving the ATK-sponsored program to destroy military brass, the people who approved pitching this program to military installations with the argument that destroying the brass to be sold to the public somehow fosters domestic terrorism.”

Seems drastic to me, but I can understand Gary Marbut’s concern, even if I don’t necessarily agree with any of the redress he’d like to see from ATK. Personally, I don’t see what it would accomplish.

But his concern is over the military’s apparent willingness to seek a work-around for Congress’ prohibition of brass destruction.

Marbut says the problem needs to be addressed- immediately, and “probably with further congressional action”.

I’d like to see the whole matter resolved without another public event drawing attention to the fact that the civilian firearms market really does rely on military brass.

If, however, that’s what it takes to keep those supplies available to the civilian marketplace, and deliver a clear message to the military that those brass supplies are to keep going to Government Liquidators, then I agree we need to have some hearings. But I don’t favor skewering ATK -or any other firearms or ammunition maker -in the process.

We can’t afford casualties these days – especially from a gunfight in our own locker room.

3 Responses to Marlin Being Relocated; Military Brass Not Being Demilled and Taken Off Market