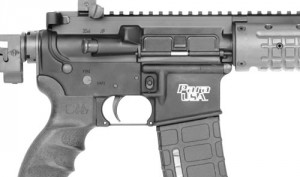 We are days away from SHOT Show 2010 and this week, Michael Bane talks about the latest news within the AR market and specifically the PARA Tactical Target Rifle (TTR) which has been awarded the 2010 Bullseye Rifle of the Year Award. He is also looking forward to see new products at SHOT and the Chiappa Rhino is one of them. Bob Morrison with Taurus International has also given Michael a few hints about what’s ahead.