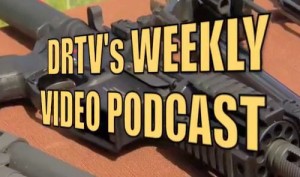 Top news this week is the fact that America agrees with the gunowners. A Rasmussen report shows that 69% say cities don’t have the right to ban handguns. In the new product section, Michael Bane talks about the new magazines for the US Army and a new belt from Blade-Tech.

Unable to load video player. This is likely because the player is outside a Flash-enabled browser or the necessary version of Flash is not installed.