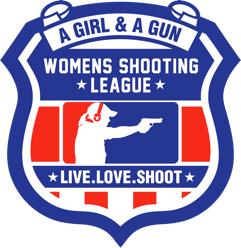 AUSTIN, Texas – Thanks to the early backing from Smith & Wesson, the first ever A Girl & A Gun National Conference taking place this weekend has garnered major support from throughout the firearms industry.

Julianna Crowder, president of A Girl & A Gun Women’s Shooting League, announced that in addition to the support of presenting sponsor, Smith & Wesson, and a host of other major sponsors, the national conference is being supported by Swab-its, gold level sponsor, the Armed Citizens Network, Barnes Bullets and Brownells, silver level sponsors, and Babes With Bullets and Gun Goddess, bronze level sponsors.

“Excitement is building for our sold-out inaugural conference with A Girl & A Gun members from around the country poised to descend on Waco, Texas this weekend,” said Julianna Crowder, president of A Girl & A Gun. “A lot of work went into putting this weekend together but none of it would have been possible without the incredible and unbelievably generous help of our sponsors. We can’t thank them enough for making the 2013 A Girl & A Gun National Conference a reality.”

The 2013 A Girl & A Gun National Conference, Presented by Smith & Wesson, will take place March 22-24 at T.I.G.E.R. Valley, the premiere training facility in Central Texas located in Waco. Bringing together some of the top women in the shooting industry, the conference offers participants training sessions, live-fire instruction and presentations on topics relevant to women participating in the shooting sports today.

For more information on the 2013 A Girl & A Gun National Conference, Presented by Smith & Wesson, or to find a club near you, visit www.AGirlAndAGunClub.com. You can also join the conversation online on Facebook or by following @AGAGClub on Twitter.