There are limits to situational awareness 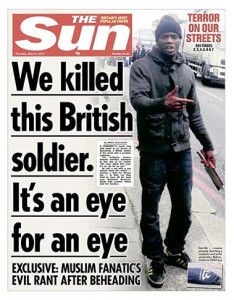 I have been thinking a lot about the London terror attack and what it can teach us. In truth, when a person gets knocked down by a car, the first thing that goes through that person’s mind isn’t likely to be that the car’s drivers is going to jump out and attack with meat cleavers.

There are limits to situational awareness… nothing works all the time in every situation.

Make what you will about the Londoners who stood around watching. As one person noted, after Gabby Giffords was shot, bystanders pounded on the shooter and subdued him. Honestly, I think that is a locational issue. Giffords was shot in Arizona… had the same shooting happened in NYC or the hell-hole of Chicago, I believe the reaction would be exactly the same as London. Had it happened in Detroit, the bystanders would have joined in the murders and helped out with the video.

What do we learn?

Be armed all the time! We don’t get to pick the time or the place or the circumstances.

Secondly, each of us who carries every day needs to IN ADVANCE make the decision as to what circumstances we will intervene if we or those we are responsible for are not DIRECTLY involved. This is a bigger issue that you might think. I have been very specific in DOWN RANGE Radio that our first responsibility is to those within our care. In a public situation, our responsibility is to get our loved one or our friends to safety. At what point do we intervene? I’m thinking that if two dudes jump out of a car with cleavers and start wailing on someone, I’m going to shoot the blade-wielders a lot…but, again, I will not know for sure until that situation happens to me. Easy to write the words on the Internet; harder to perform the actions in the Real World.

I do think we ought to take the guy in the front page above at his word… despite what Glorious Leader says, we as a culture (and, increasingly, personally) in a battle to the death with radical Islamists. What “battle to the death” means is that we will die or they will die. Until we grasp that subtle point, there’s a guy out there with  cleaver with our name on it.

One Response to There are limits to situational awareness