The Rhodesian Sling from Andy’s Leather 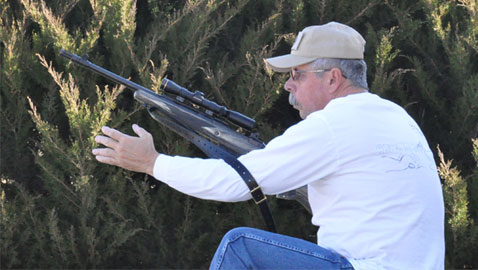 Andy’s Leather is another leather company I want to bring to your attention. Run by Andy Langlois up in New Hampshire, his shop produces a small lineup of high quality leather holsters, belts, accessories, and, most important to this discussion, slings. I want to tell you about Andy’s Rhodesian Sling but need to back up and do a bit of explaining before we get there. 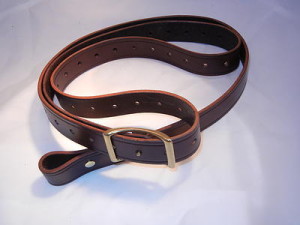 What most people call rifle slings are actually carry straps, meaning they are designed to carry the rifle but are not designed for shooting. Although it’s common for folks to use a carry strap to form a hasty sling (wrapping the arm through the strap) this method doesn’t give the support and accuracy you can get out of a proper shooting sling. What’s a proper shooting sling? Well, many years ago the military issued and taught the use of shooting slings for rifle shooting but other than precision rifle competitors I don’t think too many people use a military sling anymore. On the other hand, we have the Ching Sling, developed by Gunsite instructor Eric Ching and popularized by Jeff Cooper. This sling attaches at the front, rear and middle of the stock and acts as a loop shooting sling as well as a carry strap. You can see examples of Ching Slings on Andy’s website, as he makes these as well. What Andy has done with the Rhodesian Sling is to produce a sling that acts as a heavy duty carry strap and a shooting sling without the need to attach a third stud and sling swivel as required by the Ching Sling. So how does this work? The Rhodesian Sling has an adjustable loop in the forward part of the sling that can be used just as quickly as a hasty sling while providing a lot more support and stability. To use it you simply thrust the support arm through the loop past the elbow then turn the elbow down and grasp the forend of the rifle. It’s simple, fast and provides great accuracy when used in kneeling, sitting or prone rifle shooting positions. 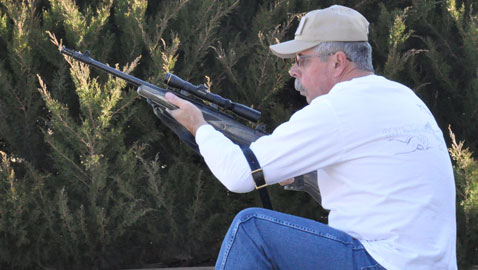 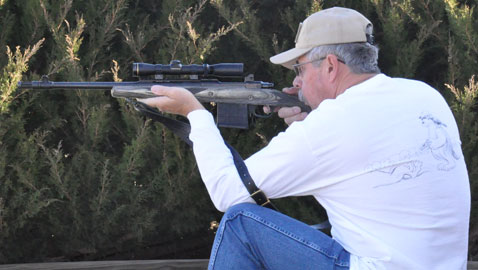 I have used a lot of practical rifle slings over the years and being a practical rifle shooter and instructor have followed the evolution of these slings closely. I’ve used CW loop slings and various Ching Slings but I’m here to tell you, Andy’s Rhodesian sling is the way to go. I have one on each of the two bolt-action rifles I use most, those being the Ruger American and the Ruger Gunsite Scout.

2 Responses to The Rhodesian Sling from Andy’s Leather