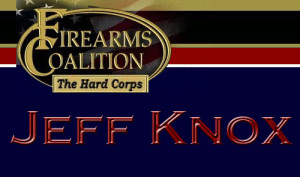 I’m not talking about simple distortions or cases of “my statistics are better than your statistics,” these are intentional, calculated, bald-faced deceptions, foisted on the American public by ideologically motivated zealots trying to force an agenda of citizen disarmament and government control. That’s not to say that everyone who supports gun control is driven by the same ideology, or that there are no honest, passionate, idealistic, true believers among the ranks of gun control advocates. There are some very good, honest, sincere people who promote gun control, but unfortunately these misguided souls are steeped in emotion and inculcated with the never ending lies of the professional gun haters.

Let’s dissect some of the lies:

• Over 90% (almost 90%, close to 90%) of Americans support “universal background checks,” as do various large percentages of gun owners and NRA members.
Anyone with a brain should realize that these statistics were fraudulent based solely on the fact that there is almost nothing that 90% of Americans agree on. But this lie has gotten bigger as time has gone by. More recent polls place support for any gun control at less than 50%, and approval of the Senate’s rejection of expanded background checks at almost 40% – yet gun control advocates and politicians continue to declare that 90% of Americans support universal background checks. It is a lie.

• Almost 40% of firearms sales occur without a background check.
That lie was a stretch when it was presented in late December, and it was soon declared to be a distortion by the fact check column in the Washington Post – garnering “2 Pinocchios.” The bogus statistic was then called out by several other watchdog centers, but Obama and company have continued to preach it as Gospel, right up to this very day. That earned Mr. Obama an extra “Pinocchio” from the Post. When you say something that’s not true, even after you know it’s not true, that’s called a lie.

• Gun control is needed to “make our children and our communities safer.
This presumes that guns serve only evil purposes, and that passing laws prevents criminal violence. There has never been a supportable study proving, or even strongly suggesting, that gun control does anything to reduce criminal violence or even suicide. Reviews of existing literature going back to the 1970s have consistently found no positive connection between gun control and crime. On the other hand, there are several peer-reviewed studies which show that guns in private hands are used to stop crimes much more often than they are used to commit crimes, and that the prevalence of guns appears to result in reduced violent crime. Claims of improved safety with gun control are lies.

• About 30,000 lives are lost to “gun violence” each year in the US, and; “Thirteen children a day are killed in gun violence.”
The 30,000 number is based predominantly on suicides. Suicide is not “gun violence” and gun control doesn’t reduce suicide. Guns are much more prevalent in the US than Canada, and are used more frequently in suicides here than there, yet the suicide rate in the US is only slightly higher. Reducing guns doesn’t reduce suicide – saying it does is a lie.
The “13 a day” statistic includes “children” up to 24. The peak age range for criminal activity is 16 to 27. That is also a peak age range for suicide. Virtually all of the guns used by these young people are obtained illegally. The 30,000 and 13 a day claims are intentional lies.

• There is an epidemic of violent crime and mass murder sweeping the nation.
No there isn’t. Crime is at its lowest rate in decades. It has gone down as gun ownership and concealed carry have gone up. Atrocities like Sandy Hook and the Batman movie massacre tend to run in copycat cycles based largely on media play. There is no growing epidemic. Claims otherwise are lies.

Gun control groups are based in lies. They call themselves “violence prevention” and “gun safety” groups even though the only violence prevention and gun safety policies they espouse are restrictions on legal access to firearms. They lie about who they are, what they stand for, and what they want. They use lies to press their agenda, and they lie about what that agenda is and what impact it would have. They are liars through and through, and it is ridiculous that the media and politicians promote and parrot the lies.

The truth is, Gun Control Doesn’t.

2 Responses to The Gun Control Lie