BERRYVILLE, Ark. – Springfield Armory, one of the most recognized names in competition shooting, will be a major sponsor of the 2014 Comp-Tac Republic of Texas IDPA Championship.

Serving as the state’s premier defensive pistol shooting competition and state championship match, the 2014 Comp-Tac Republic of Texas IDPA Championship will take place Saturday, May 24 at the Triple C Tactical Range in Cresson, Texas. The event is being hosted by the Collin County IDPA club.

“We are very pleased to once again be partnering with Springfield Armory. Through their continued and generous support of the shooting sports, Springfield Armory has helped bring the thrill and excitement of competition to recreational shooters all across the country,” said Robert Ray, membership and marketing director for IDPA. 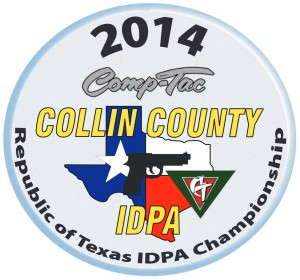 For more information on IDPA, or to join the more than 23,000 members competing each week, visit www.IDPA.com.

You can further connect with the IDPA community through IDPA’s social media, such as @OfficialIDPA on Twitter and ShootIDPA on Facebook, Instagram, Pinterest and Tumblr, or check for regular news and updates on the organization’s DOWN ZERO Blog.