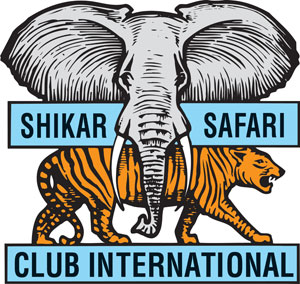 Responding to USA Shooting’s need to expand the shotgun ranges at its training base in Colorado Springs, the Shikar Safari Club International Foundation (SSCIF) provided a grant to enhance the International Shooting Park and ultimately give the athletes training in Colorado Springs a competitive advantage. On Friday, June 1, representatives of the Foundation joined with the USA Shooting National Team Members for Shotgun to officially fire the ceremonial first shots from the new international trap bunker they helped construct.

Groundbreaking on the international-style bunker began in June 2011 and upon its completion in February now increases the facilities capacity, provides better training opportunities and allows USA Shooting to host larger national and international competitions.

The addition brings the number of Trap and Skeet fields on-site to five, making the International Shooting Park one of the largest international complexes in the country.  Unlike the existing four fields that are overlaid, the new fields are separate, which will allow for competition of one event fully utilizing five fields and leaving a separate field for training of athletes in another discipline.   The new fields provide a 20 percent increase in participation to accommodate the growth that the shotgun discipline is currently experiencing.

“Never before have we had a field that replicates the style of bunker we see at international competitions,” said Kelsey Zauhar, a U.S. Olympic Training Center Resident athlete and third-place finisher at the 2012 U.S. Olympic Team Trials in Women’s Trap.  “This will allow us to prepare more accurately and ultimately more successfully.  Shikar has provided the resident athletes an invaluable advantage and will strengthen our team in the future.”

The new international bunker and all skeet fields operate with the Promatic target systems, which were also donated to USA Shooting.  The new bunker features a completely flush top which provides a similar look to the target presentation that athletes see in international competition. The bunker has quickly become a favorite for resident athletes preparing to shoot for the Olympic Trials and international competitions. Another feature unique to the international trap bunker, is a change in design providing for a ramp to accommodate a forklift to place pallets of targets directly into the bunker for easy storage.

“This just gives us a lot more freedom and options with the new fields,” said USA Shooting National Team Coach for Shotgun Bret Erickson, a four-time Olympian in the sport.  “The sport is absolutely growing and I’ve said for years that we either have to grow with it or it dies.  If more people want to come and train and we keep turning them away because of a lack of capacity, we’re going to lose these kids because they’ll just go do something else.  It’s great to have a partnership like Shikar to be able to have the resources to even dream of doing something like this, because we wouldn’t have been able to get it done without them.”

The International Shooting Park will be abuzz with activity over the next 60 days as athletes from across the country will be on-hand to thoroughly take advantage of the new enhancements.  2012 Olympians Corey Cogdell (Eagle River, Alaska) and Frank Thompson (Alliance, Neb.) both train in Colorado Springs as U.S. Olympic Training Center Resident Athletes and will use the facility extensively as they prepare for London.  In addition, USA Shooting will host the 2012 National Championships in Shotgun, June 28-July  8, followed by the Junior Olympic Championships, July 10-17.

“This is one of the better projects we’ve funded since I’ve been a member of Shikar,” said SSCI Trustee and Board Member Jim Mitchell, a long-time supporter of four-time Olympian Kim Rhode and President of the Oak Tree Gun Club in Newhall, Calif.  “This is all about providing the assistance necessary to USA Shooting that allows them to enhance their capabilities and provide the facilities worthy of America’s finest competitive shooters.  There’s a legacy that comes with this type of project and these upgrades will have a lasting impact. “ 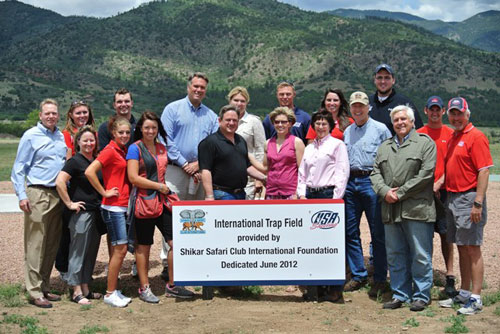