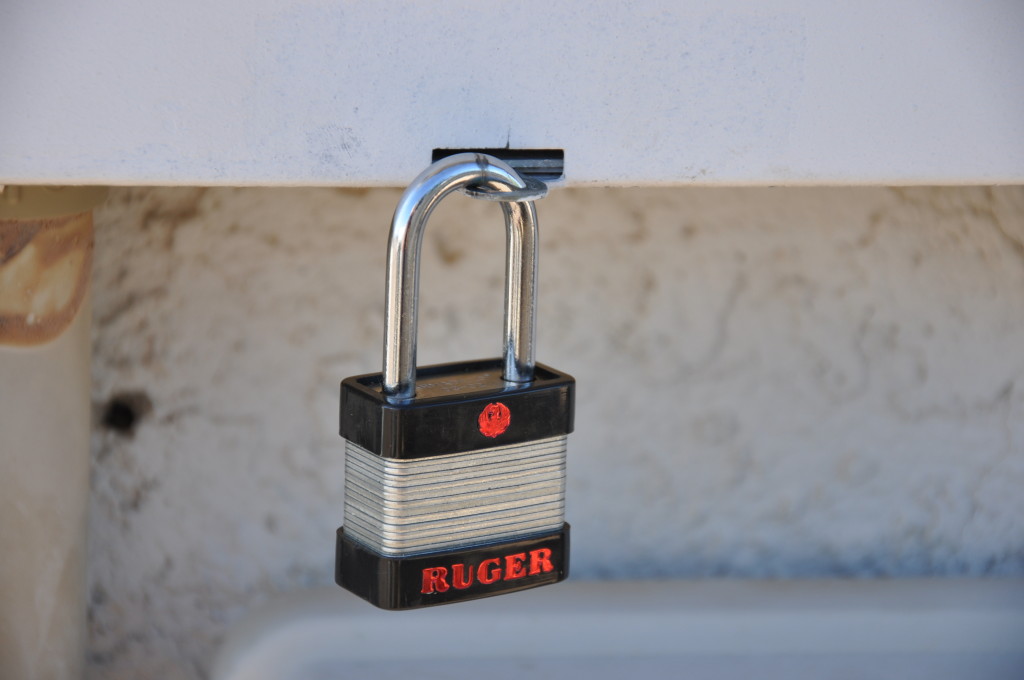 Home invasion bad guys use numerous ploys to gain entry into occupied homes. Since kicking the door in makes a lot of noise and may result in having to face an armed homeowner some bad guys prefer to use a ploy to get the unsuspecting homeowner outside, overcome them with force and enter the home the easy way – through an open door. Various methods can be tried but one we are hearing about more frequently involves sneaking up to a home, opening the power panel, and tripping the breakers to turn off the lights.

I’m assuming most of you are multiple gun owners and I would be willing to bet you have a collection of padlocks the manufacturers have thoughtfully included with your gun purchases. Why not lock up your breaker box with a logo padlock? I’m thinking this could have a double deterrent effect as the bad guys might get the hint and go elsewhere if they see a “gun lock” on the power panel and you will deny them easy access to the circuit breakers.

If your power suddenly goes out in the night there are  some steps you might want to consider instead of going outside to look at the breakers. First,  look out the windows and see if power is out in the neighborhood or just  at your house. Make sure the doors are secured, arm yourself with your weapon and flashlight of choice, fort up (that means stay inside) and call the police.