Securing Your Home and Property 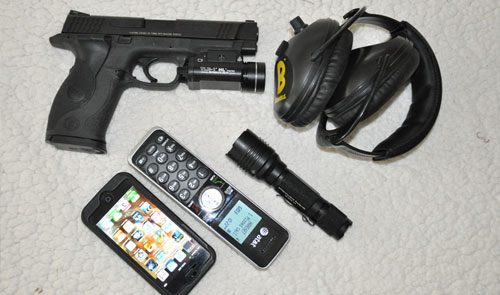 Some of the essentials to keep in your safe room.

We had a search warrant but the drug dealer had done his best to turn his two-story home into a fortress. The windows were secured with burglar bars and the front door was massive. Further complicating matters, a security gate covered the door and a burglar bar cage enclosed the entire front porch. The cage had a single entrance, that being yet another barred security door with several locks. It looked like our dawn raiding party were going to have a tough time getting in. Few problems, however, resist the proper application of sufficient force, so the tow truck someone had thoughtfully commandeered was backed to the front gate. The hook was placed over the bars, everyone stood back, and the tow truck took off down the street with Mr. Drug Dealer’s gate. The raiding party ran inside, threw a ladder up to the second story balcony and easily entered through the unprotected bedroom door. It happened so fast that our quarry never made it out of bed.

The point of the story is, try as you might, making your home or apartment impenetrable is close to impossible. I once asked a friend, a SWAT breacher, if there was anything I could do to keep him out of my house and his answer was, “Not a chance”. High tech tools, explosives and brute force are going to defeat your best-laid security schemes every time. Yet, understanding this basic truth is the key to developing a security plan. Here’s the way I look at it: I know I can’t create a fortress, but what can I do to make it tougher for someone trying to get in? Are there things I can do to slow them down and force them to make enough noise to keep me from being surprised? Given that I’m not a criminal and don’t expect to be raided by the police, what are the threats I need to defend against? 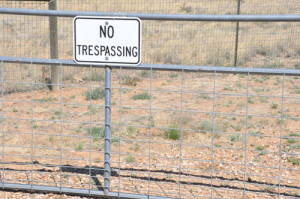 Keeping the gate closed is a mild but effective deterrent to animals and uninvited visitors.

A realistic threat assessment is the first step in developing a home security plan. Much will depend upon where you live, criminal activity in the area and the response time you can expect from police agencies. If you live in a densely populated city next door to a drug dealer your security concerns are going to be vastly different than they might be if you live in a rural area with minimal crime. Although the threat may be greater in the urban area the police response time is likely to be short, while in the rural setting it could be extended or non-existent. Planning to defend against an Apache attack helicopter will only cause you to waste resources you might better devote to a more realistic threat like the potential for burglary or a home invasion robbery.

The best defenses are those that start on the outside of the home. Where I live the property is fenced and the front gate is about 70 yards from the house. The simple precaution of keeping the gate closed is a mild but effective deterrent to animals and uninvited visitors. An infrared beam that sounds an alarm inside the house alerts us to visitors, trespassers or the UPS truck. 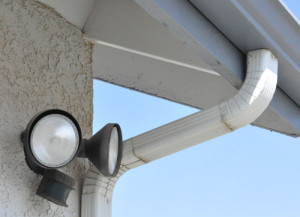 Motion detector lights on the outside of the home provide a deterrent.

Your next layer of security involves outside lighting. A friend of mine built his home in a remote location and wired the house with a couple of switches next to his bed; one to turn on all the perimeter lights and the other to turn on interior lights in every room in the house except his bedroom. Pretty clever. Motion detector lights on the outside of the home will not only provide a deterrent, but will alert you to someone approaching the house under the cover of darkness. Security cameras, even those you can monitor from your smart phone, are becoming more affordable all the time and deserve consideration. 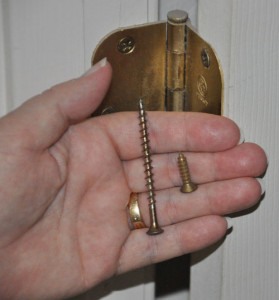 Moving inward, the next defensive layers are doors and locks. The simple precaution of keeping the doors locked is often overlooked. Doors should be reinforced with heavy-duty hinges and high quality locks. They won’t keep the door from being beaten in eventually, but they will make it harder for an intruder and give you more time to prepare. In most homes the hinges and lock strike plates are secured with short screws that barely penetrate into the door frame. Replacing them with longer screws is an easy security upgrade. Sliding patio doors can be secured with locks that go through the door track, or a piece of dowel or broomstick can be cut to length and dropped in the track to keep the door from sliding. 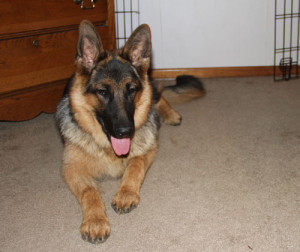 A “K-9 sensor” can be an invaluable security aide.

During my years in the Border Patrol we called dogs K-9 sensors because we could track groups evading us by listening to the barking dogs. Having a dog or dogs in the yard or a dog sleeping at the foot of your bed can be an invaluable security aide. Going outside the home to check suspicious activity is ill advised but you can give yourself an edge by letting the dog out ahead of you.

In most homes the safe room is going to be the master bedroom. This is the place the family is trained to run to if trouble comes. It’s best if this room has a sturdy door and lock, a telephone and access to your home defense weapons. Other useful gear to keep stashed there includes flashlights (weapon mounted lights as well) and electronic hearing protection to help you hear what’s going on outside the room and to protect your hearing if you have to shoot. Even though you should have a phone in the safe room it’s a good idea to get in the habit of taking your cell phone to bed with you in case the home line is disabled.

The best defense is one that is thought out and planned in advance, has layers of protection and provides early warning. To me, securing the fort is a state of mind borne of anticipation, preparation, and habit.

2 Responses to Securing Your Home and Property