Professional Firearms Training – Who needs it? 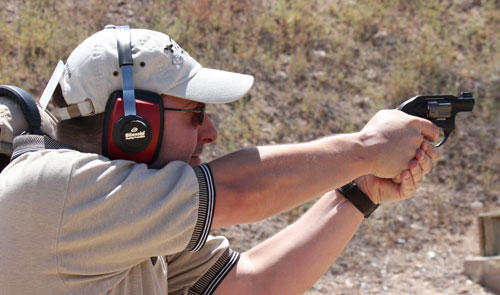 This article was originally published on DRTV on Aug 27, 2010.

Suggesting to most people that they might benefit from professional firearms training is often taken as an insult. When firearms training is suggested we usually hear comments like, “I think training is a great idea but not for me because I was raised around guns, I have been around guns all my life, we always had guns in our home, my dad taught me about guns when I was six years old, I am a life member of the NRA, I was in the military, I was in the Air Force 50 years ago, I was trained by a police officer, I worked as a security guard, I have been hunting since I was a toddler, I have seen every John Wayne movie ever made.” The list goes on and on and we have heard it all. Without taking these “impressive qualifications” apart one at a time, may I simply say they are largely irrelevant to the defensive use of firearms.

There are a few special operations military units which generally receive excellent firearms training. However, having been an Infantry Light Weapons Sergeant in the Air Cavalry in Viet Nam, a Police Officer for nearly 35 years, a Firearms Instructor for 42 years and a SWAT Instructor for 14 years, I can assure you that most military and law enforcement firearms training is sadly lacking. Being a skilled hunter can be helpful if your self defense scenario is one involving sniper skills. As for the relationship between any of these other “qualifications” and the skills required to survive armed combat, I cannot find a connection.

I started riding motorbikes when I was quite young. I started riding motorcycles for daily transportation in 1965 when I was 18 years old. I owned several motorcycles off and on throughout my adult life. I thought that I knew how to ride a motorcycle. In 1994 I attended a state sponsored Motorcycle Safety Course and discovered to my surprise “I did not know anything about riding a motorcycle.” Yes, I could start my bike and ride to work or ride off for a weekend trip, but once I received professional training I discovered that I knew nothing about staying alive on two wheels. I soon learned that I did not even know what there was to know. Almost 30 years of riding and I did not have a clue. The fact that I was still alive was a coincidence. I went on to attend numerous additional motorcycle courses, became an instructor for MSF and later for Harley Davidson and I am still learning. Now I appreciate how much I still have to learn.

When I was 11 years old my father, who was an airline Captain flying cargo on military contracts, had me “fly” a (4 engine) DC-4 across the US. I did a fine job of holding course and altitude for 10 hours as I recall. If you had asked me then if I knew how to “fly” I would have said yes, absolutely. I did not know how to start the engines, take off, land, raise and lower the landing gear and flaps, navigate, communicate, deal with any emergency or the hundreds of things that a pilot had to know. It was not until I was in my teens and attended flight school where I received my commercial pilot’s license that I fully realized the difference between holding heading and altitude and actually being able to “fly” an airplane. I did not know what there was to know, so how could I have been aware that I did not know it?

Would you buy an airplane and teach yourself how to fly? It has been done but not often. Would you teach yourself how to Sky Dive or become a SCUBA Diver? If you wanted to become a “Concert Pianist” would you seek professional instruction or just figure it out yourself? Why on earth do people believe that they can teach themselves how to win a gunfight? I can only assume that most people know so little about defending themselves with a firearm that they cannot even imagine what there is to learn.

When someone tells us why they would not benefit from professional firearms instruction we can only say that none of us know what we do not know. How can we. If you are interested enough to be reading this, then I must assume you are one of the rare exceptions.

No one knows everything there is to know about armed combat because there are infinite variables involved. Despite having considerable training and experience, Stacey and I continue to attend additional training as often as we can and we live by the adage, “Sometimes an instructor, always a student.” There is always more to learn.

We hope that you will be wise enough to seek professional firearms training. If you do, you will have a life changing experience. You will gain peace of mind, knowing that you can protect yourself and your family. Such confidence will be based on “skill at arms” and not some illusion about irrelevant past experience. What you may have done once or twice in your life is the not the measure of your preparedness. What you can do now, today, on demand is what matters.

Self defense is not only a right but it is a responsibility. Your family believes that you are their protector. Is that true or is it merely a fantasy? Hundreds of Americans each year must live with the fact that they were unable to protect their loved ones from unspeakable crimes because they were unprepared. As retired police officers we can tell you from experience, “when your life is in imminent danger and the outcome will be determined in the next three seconds, the police are only minutes away.”

The safety and survival of your family is in your hands. This has always been true and it will always be true. Accept this truth and learn how to provide your loved ones with the protection they expect and deserve. Seek out and attend professional training. You will find such training to be hard work requiring discipline. You will also discover that Defensive Firearms Training is an “enjoyable and addicting” experience. You will be planning to take your second course even before you finish your first. Contrary to the popular misconception, “You will not rise to the occasion, but instead you will default to your training.” How relevant is your training?

Larry Mudgett is a long time Rangemaster and Instructor at Gunsite. Larry and his wife Stacey also run classes in Utah through their own school, Marksmanship Matters. Larry retired from the LAPD after nearly 35 years where he served as the Chief Firearms Instructor at the LA Police Academy for 13 years and the Chief Firearms Instructor and team member for LAPD SWAT for 14 years. Larry also served as an Infantry Light Weapons Sergeant in the First Air Cavalry in Viet Nam 1967-1968. Larry trained the first USMC Special Operations Training Group at Camp Pendleton and was an adjunct firearms and hostage rescue instructor for the DOE Central Training Academy for 10 years. He currently teaches Rifle, Carbine, Pistol, Double Action Revolver and Single Action Revolver.
Learn more at marksmanshipmatters.com.

8 Responses to Professional Firearms Training – Who needs it?