Practical shooting needs to learn to make a spectator of itself

Paul Erhardt has a thought-provoking article on the marketing of practical shooting on “The Shooting Wire”.

Athletes from all across the world and in a wide range of winter sports are basking in the exposure that comes from The Games.

Scoring is the best example of this. Watching speed skating live you can see exactly what a competitor’s time is and how it measures up against the leader. Adjustments to times take place in a matter of seconds, or less. Rarely is there a serious delay.

And all this takes place as the viewer watches it happen. In the shooting sports this is not the case. 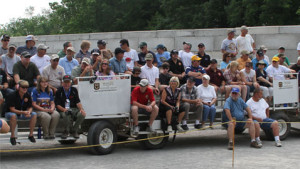 Not something we see very often at shooting events: Spectators. From Bianchi Cup 2012.

Imagine how popular basketball would be if the only people at an NBA game were people who either played the sport in college or who shoot the occasional pickup game at the local park.  This is where practical shooting is right now. In fact, it’s even worse than that, because based on my experience being a range officer for two of the biggest matches in practical shooting, the USPSA Area 2 Championship and the Superstition Mountain Mystery 3 Gun, very few practical shooters show up to watch a match they’re not participating in, even when that match is almost literally in their own backyard. When the people who shoot the sports don’t show up to watch others shoot the sport, your sport is not a spectator sport.

What’s going to change this for practical shooting? Instant posting of scores online via software programs and hand-held tablets are a good start and should become the norm in all major matches. However, part of the problem lies with how stages themselves are scored, as it stops the action cold. If hunting is a two day hike followed by an autopsy, practical shooting is thirty seconds of adrenaline followed by three minutes of taking inventory.

That three minutes can be filled on a TV show with color commentary and instant replay, and the same infrastructure of small cameras and analysis can easily be shown locally in the spectator area of a stage, much like Jumbotrons are used to broadcast instant replays at a football game. This also represents a sponsorship opportunity for the match because those same TV’s can be used to run ads for the match sponsors when they aren’t showing scores or replays, just like the big screens at other sporting events.

NASCAR didn’t start out in the super stadiums of Daytona and Talledega: NASCAR started out with a bunch of moonshiners racing the same cars they used to run bootleg shine against each other on a dirt track. Stock car racing didn’t start out as a biggest sport out in the U.S., it started out small in just one region and grew into something big because it’s fun to drive fast and it’s fun to watch people drive fast. Practical shooting is growing fast and it’s fun to shoot, but it needs to become fun to watch before it can become a big TV sport.

Kevin Creighton runs the website and blogs for Osage County Guns. He is a competitor in USPSA, IDPA and 3 gun and has written articles on the new realities of gun ownership for MisfiresAndLightStrikes.com, ShootingIllustrated.com,  Teamgunblogger.com and KFYI-AM radio. You can follow him on Twitter at @osagecountyguns.