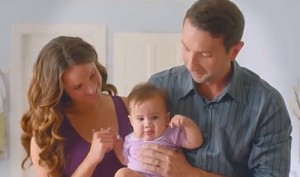 A commercial from Daniel Defense focusing on personal protection, family security and fundamental rights, was rejected by NFL despite the fact that it does not mention “firearms, ammunition, or other weapons”.

Daniel Defense was willing to swap out the company’s rifle logo at the end of the ad with an American flag, but the National Football League still refused to air the commercial which complied will all league rules and regulations.

Did it all come down to politics and opinions on fundamental rights? You decide…

Here is the commercial: