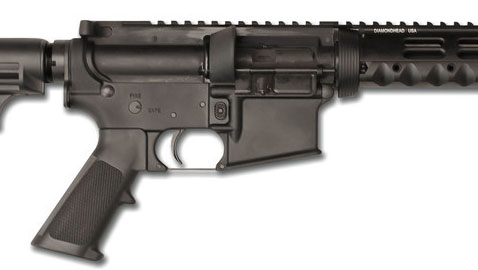 Pistol caliber carbines were everywhere at SHOT Show. This is the STAG Arms Model 9.

Here’s a shocker… my feet don’t hurt! I would happily do commercials for Lowa Boots — I alternated between my two pair of Lowas, a GTX and a pair of the Desert Boots favored by U.S. Special Forces and the boot I used in Africa. So there’s an unsolicited plug for a non-sponsor!

I would have loved to sit down with the execs at Lowa and waxed poetically, but this year at SHOT I achieved my own unfortunate “personal best”… except for transit to or between appointments, I did not set one foot on the Show floor. And I still did not manage to speak to all the people I needed to sit down with. Or, more grammatically, with whom I wished to sit. Like Lowa, or Crimson Trace, or DoubleStar, etc. Sigh….

I do have some bullet points from SHOT 2015. Let’s start with what I was right about…

• Pistol caliber carbines were everywhere. Marshal Halloway and I pretty much hit this nail on the head. Both the  massive flood of AR-based carbines and various subsets of submachine guns were everywhere, and the buyer I’m gonna venture a few guesses on “why” — availability of low-cost East Block 9mm ammunition vs. 5.56 prices… the minimized blast of 9mm and the other pistol cartridges from 16-inch barrels as opposed to 5.56… and most importantly, the sheer “cool factor” of these guns. I would expect a lot of 3-Gunners to pick up one of the relatively inexpensive Stag 9T as a great practice rifle.

• Pistol variants were perhaps a spec less visible than Marshal and I anticipated, probably because of fallout from the ATF’s nonsensical “Open Letter” released in the Friday before SHOT. There were still a huge number of them, many, if not most, fitted with stabilizing braces, but they were less front and center than they would have been if that giant turd hadn’t dropped on Friday.

I had a chance at Media Day to sit down for a few minutes with my good friend Mike McNett at DoubleTap Ammunition. I outlined my idea for a 9mm round optimized for 16-inch barrels. We discussed several options, including his very fast 77-gr and a heavy 147-gr bullet. McNett is going to start work on both a target and a self-defense version right away. I’m also going to have the same conversation with Peter Pi and Mike Shovel at Corbon as soon as I can. I want to get carbine-optimized pistol ammo on the shelves as soon as possible so the little guns can live up to their potential.

• The “commoditization” of the AR platform is now complete… that is, new AR accessories, mods, versions, etc. are no longer about function, but rather the exclusive province of fashion. My mentor in manufacturing Dave Garwood once said to me that all industries, if they succeed, eventually evolve to fashion… I, of course, thought he was nuts. Upon reflection, it turned out that he was exactly right. I could go into a long dissertation about product development “S Curves,”how innovation in form and function takes place on the steep upward gradient of the curve while, at the almost horizontal line at the top of the curve charges tend toward fashion changes…but you’d probably fall asleep. Instead, think about AR triggers — when we first mod’ed them on SHOOTING GALLERY’s first season 13 years ago, we did it exactly the same way we did 1911s… with stones on the original military triggers (which sucked). That evolved into jogs to make the stoning easier… drop in triggers… specialty, highly evolved drop-in triggers… colored, even more specialty triggers… etc. Maybe the ultimate vision of the fashion AR are the Unique AR hand guards. 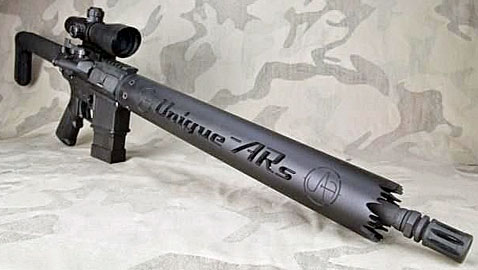 BTW, during my frantic 10-minutes-until-closing-time Friday afternoon sprint to the finish, I made myself late by stopping by the Geissele Automatics booth to tell them that I pay MSRP for Geissele triggers because I believe they are the best out there. They asked me whether they could publicize I’d said that, and I of course said yes. I also ordered an ALG red dot mount, another Geissele-derived product, for my Glock 34… yes, I have finally decided to go “Open!” I also ordered an Aimpoint T2 on the fly for that mount. And yes, I agreed to pay MSRP! LOL!

• QUIET! SHOT 2015 WAS ALL ABOUT THE MAINSTREAMING OF SUPPRESSORS…

Silencers hit the tipping point Big Time. My little cherubs and seraphim tell me that even the Boy Scouts of Maine are considering a pilot program of using suppressor on their firearm training program. There are now three massive “Poles of Power” in the suppressor industry… the Old Guard, including Gemtech, SureFire and several others… the new powerhouse of SilencerCo (best booth at SHOT 2015, BTW), whose Salvo shotgun suppressor and focus on suppressors for hunting is helping reshape the industry… and the emerging world-shaker of Sig Sauer Suppressors, introduced to the world at SHOT 2015 and powered by the intellectual team of my old friends Kevin Brittingham, Ethan Lessard and John Hollister, all formerly of AAC (Ethan worked at Sig before we went to AAC… and the world goes around and around). I’ll be headed up to Sig in New Hampshire in April to go through the product line, including suppressors.

The key point is that all the silencer guys, new and old, are united in the push to move these fundamental safety devices off the $200 tax stamp to ether the AOW $5 stamp or off the NFA list completely — which is the logical, most intelligent outcome. I am more convinced than ever that the ATF’s “Open Letter” will price to be a major misstep for that agency, shining the light on the inadequacies — and the often ridiculous — provisions of the NFA. It is not impossible that silencers will be one of the beneficiaries of shiny some light on the outmoded piece of panic legislation.

Finally, I bought this: 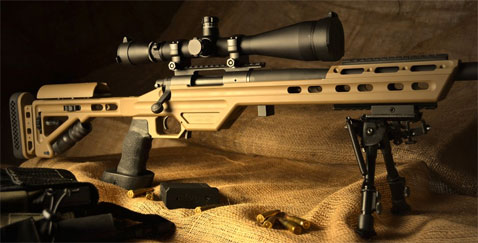