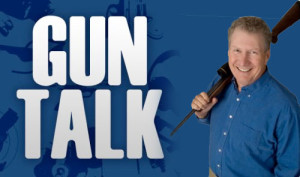 Michael Bane stopped by Tom Gresham’s Gun Talk Radio this week. Bane, based out of Colorado, has said he will not be filming any of his television shows in the state after the Governor signed the group of gun control bills passed recently. These so called “gun violence prevention laws” include a ban on ammunition magazines with more than 15 rounds and universal background checks.

About Gun Talk Radio:
In its 18th year of national syndication, Tom Gresham’s Gun Talk Radio airs live on Sundays from 2PM-5PM Eastern, and runs on more than 137 stations, plus on XM (Ch. 165) Satellite Radio. All Gun Talk shows can be downloaded as podcasts at http://www.guntalk.libsyn.com and Apple iTunes, or through one of the available Apps: the Gun Talk iPhone App, the Blackberry Podcast App, and the Gun Talk App for Android on Amazon. The Gun Talk Minute on XM also airs on XM 165, 166, 168 and Fox Sports every day throughout the week. More information is available at http://www.guntalk.com.