Lever Actions for Self Defense 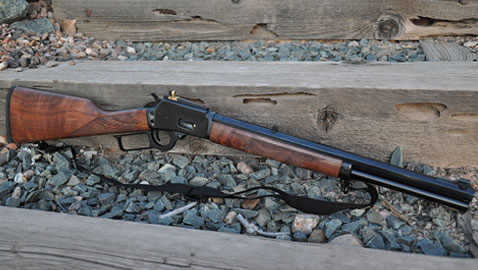 There’s a reason Ma loaded the rifles and handed them to Pa as the Indians attacked the wagon train. This allowed Pa to keep up a steady volume of fire without having to stop to reload. At least that’s the way it was in the many Western movies I enjoyed as a boy. Whether or not this was a common occurrence in the Old West it does point out the chief weakness with the lever action rifle design – they’re slow to reload.

These days, lever actions are making something of a comeback in defensive shooting circles. While the Cowboy Action shooters have kept the lever action alive it’s taken a while for them to come back around as defensive tools. Most things being cyclical, this isn’t surprising. The lever action rifle and single action pistol are thought of as “the guns that won the West” and remained popular defensive arms long after more modern alternatives showed up. Especially among Western lawmen, these arms remained in use well into the middle of the 20th century. 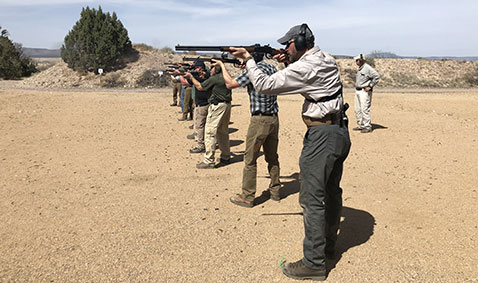 Gunsite’s founder, Jeff Cooper, popularized the idea of defensive lever actions in the late 80s and the Gunsite Gunsmith produced custom lever actions in .44 Magnum and .45-70; I have one of each and they are excellent rifles. These days, Gunsite is helping to popularize these rifles again by doing industry and writer events featuring lever actions and is running lever action rifle classes.

At a recent gathering at Gunsite I met Andy Larsson, owner of Skinner Sights and was impressed with his modern take on adjustable ghost ring sights for lever actions and other rifles. What’s a ghost ring, you ask? It’s nothing more than an aperture rear sight with a large opening. Cooper popularized the term because, when you look through the aperture and focus on the front sight the ring fuzzes out and seems to disappear – a ghost ring. These sights are very fast and more precise than you might imagine while also being very rugged and suitable for hard use in rough conditions. Andy has taken the concept and run with it, supplying various sized screw-in apertures to suit personal tastes. He has even designed a clever aperture holder by threading the barrel blank that fits in the dovetail after removing the traditional lever action buckhorn sight. Andy can also provide a variety of front sights, to include plain blades, brass or white face blades, fiber optics and my personal favorite, a brass bead. 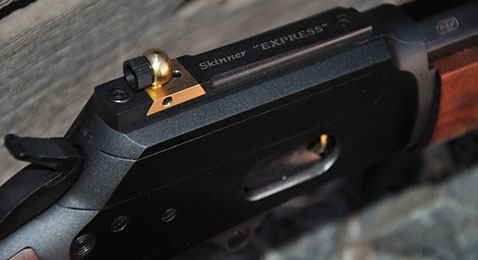 Prior to another media event at Gunsite Andy got ahold of me and we discussed what I would like to see in a personal, carry it with me all the time, and teaching lever action rifle. Much to my surprise he arrived at the event and presented me with a Marlin 1894 lever action in .44 Magnum with the octagonal barrel cut to a bit over 16 inches and, of course, featuring his sights.

Let’s talk about managing lever actions. In these days of high capacity semi-automatic MSRs the idea of a lever action rifle for hunting or defense may seem a bit quaint. If we think about the issue it becomes clear that high capacity is not a requirement in hunting or in defense outside of a zombie apocalypse or some military engagements. If rapidity of aimed fire is needed the lever action can hold its own and having 9 or 10 rounds of powerful ammunition in the magazine is more than enough to handle most situations. While my cowboy heroes made a habit of dropping the rifle to their waist when running the action we know the stock should remain in the shoulder as the lever is run (watch how quickly the Cowboy shooters do this…. most of them can outrun a semi-automatic). At Gunsite we insist the rifle should be reloaded immediately after firing one, two or three shots – we call it “load what you shoot”. We reload as soon as we have solved the problem or downed our animal. This gets the rifle back up to full capacity so we’re ready for whatever may happen next. More bad guys? A bear showing up to dispute our kill? 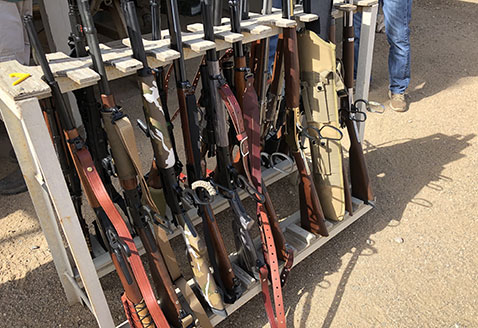 The carry condition for the lever action if stowed in a vehicle (very popular in airplanes up North) or when not anticipating immediate action is with the magazine loaded and the chamber empty. If needed, the lever is run as the rifle is brought to the shoulder and, in my experience is just a fast as having a round chambered, hammer on half-cock and thumbing back the hammer as the rifle is mounted. While modern lever actions have a cross-bolt safety some of us disable this by pushing the safety to “fire” and placing a small “O” ring over the button to stop if from sliding on. It’s happened to me in practice and I can tell you a number of stories where people had their rifle fail to fire when needed because that safety was inadvertently pushed on. If you like the safety I recommend you practice with it until it becomes second nature. 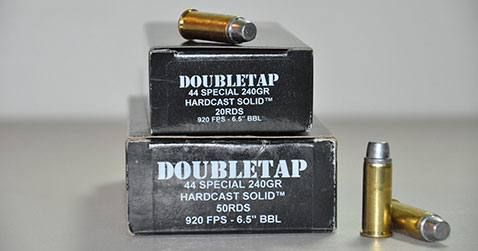 My new rifle will handle both .44 Magnums and .44 Special ammunition. After watching Mike McNett’s Doubletap 240 grain hard cast .44 Special bullet zip through 48 inches of ballistic gelatin, fired from a revolver, I now carry this load in both my .44 Special handguns and rifles. Especially when fired in the 16 inch rifle barrel, it packs all the power and penetration I might need to handle anything on two or four legs I’m likely to encounter. Yes, I know, these bullets are even better when loaded in .44 Magnum ammunition, but I find it’s a case of diminishing returns with more blast and recoil and slower follow-up shots to get more “power” than I need. I might change my mind if I encounter an angry Brown Bear but for now I’m sticking with the Special load while having the option of switching to Magnums if necessary.

If you have an interest in lever action rifles I have several recommendations for you: Get them equipped with Skinner Sights, load them with Doubletap ammunition and come to Gunsite for a really fun and educational week. I’ll see you there.