BERRYVILLE, Ark. – The International Defensive Pistol Association (IDPA) announced that Insight Technology, a division of L-3 Warrior Systems, a world leader in the development and production of advanced night vision and electro-optical systems and components, will once again be a major sponsor of the Smith & Wesson IDPA Indoor National Championship.

“IDPA and the Smith & Wesson Indoor Nationals are pleased to welcome back Insight Technology as a major sponsor and appreciate their continued support for IDPA and its members,” said Robert Ray, membership and marketing director for IDPA. 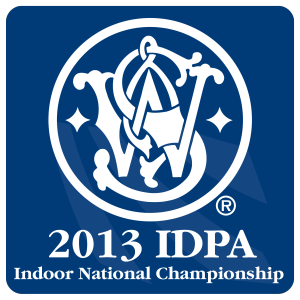 Widely regarded as one of the finest competitive shooting matches in the country, the Smith & Wesson IDPA Indoor National Championship represents the official start of IDPA’s competition season. More than 300 of the sport’s best shooters are expected to compete for titles in Custom Defensive Pistol, Enhanced Service Pistol, Stock Service Pistol, Stock Service Revolver and Enhanced Service Revolver, the five divisions within IDPA.

For more information on IDPA, the Smith & Wesson IDPA Indoor National Championship or to find a club near you, visit www.IDPA.com. You can also connect with IDPA online by following @OfficialIDPA on Twitter, like ShootIDPA on Facebook, watch IDPA TV, or check for regular updates on the DOWN ZERO Blog.