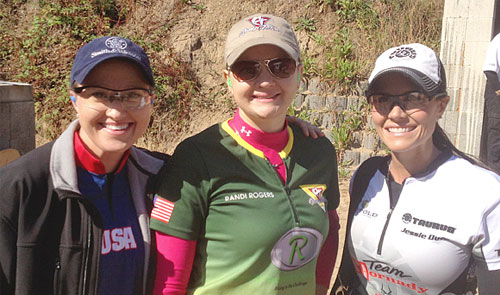 Two weeks ago the eighth NRA World Action Pistol Championship was hosted in Philippsburg, Germany. While NRAblog was – very unfortunately – not on hand to cover the event, Pistol Manager Tom Hughes made it to the fatherland and will have plenty of photos and stories when he returns… next week.

But that doesn’t mean results aren’t out. Doug Koenig, fresh off his 14th Bianchi Cup win, took this year’s overall title with a 1916-184x out of a possible 1920. And we’re pleased to say Friends of NRA host Jesse Duff won the Women’s Championship with a 1900-151x. 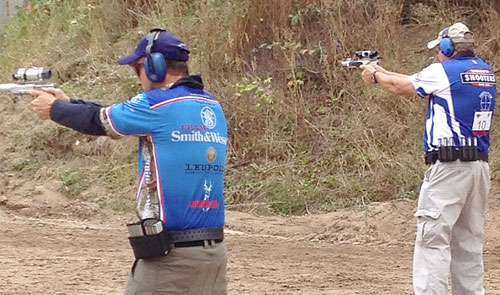 From left to right: Doug Koenig and Kevin Angstadt at the NRA World Action Pistol Championship

Held every other year, the championship is set up exactly like the Bianchi Cup – so much so that it’s even called the World Bianchi Cup. Featuring the same course of fire and gun divisions (Open, Metallic and Production), speed and accuracy are the keys to winning the Practical, Barricade, Moving Target and Falling Plates events. One slight change is the addition of team shooting events alongside the individual aggregate.

Now, unlike the regular Bianchi Cup, not just anyone can sign up to shoot. So how do you get on the team? The host country determines how many shooters will represent each nation in the different divisions. For Team USA, a tally of scores from the two previous Bianchi Cups determines who shoots for the stars and stripes. Competitors can also receive an invitation to be part of a Ladies, Senior, or Junior team.

We’ll have plenty more for you once Tom returns, but if you want to get in on the action for 2014 you need to make sure you’re signed up for this year’s Bianchi Cup.