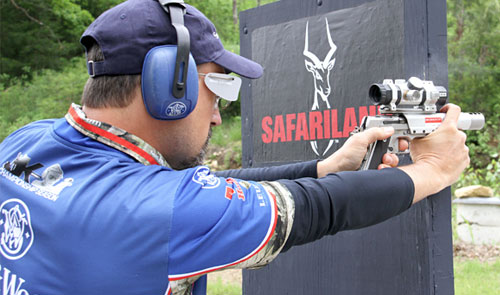 Columbia, Missouri – Competitors, spectators and staff at the Bianchi Cup waited nearly all day Friday to see the resolution to the 2013 title hunt.

The top shooters, mere X’s apart, all had the same event remaining: Moving Target. They also happened to be squadded at the end of the day, meaning the deciding shots for this year’s overall championship would come at the very end.

Of the top three contenders for this year’s trophy — Carl Bernosky, Doug Koenig and Bruce Piatt — Piatt was up first. After dropping two points, Bruce finished with a 1918-176x. It was a score almost every other shooter dreams of getting, but in the zero-sum game of top level competitive shooting a score like that will cost you a championship.

Unless they dropped points themselves, which was not impossible, the title would be between Bernosky and Koenig. Carl was the next of the three to go and held steady, shooting a final 1920-178x. Perfect in points, Koenig would need to both stay perfect and rack up more X’s to secure his 15th title – and that’s exactly what he did.

Finishing with a 1920-183x, Doug Koenig has now won 15 MidwayUSA & NRA Bianchi Cup overall championships and is on his fourth in a row. A couple top shooters had yet to finish at Moving Target but they had been mathematically removed from the equation. Koenig had the perfect points score and no one could surpass him in X’s.

“I need a beer,” Koenig joked as he was cheered by fans and the tension began to dissipate.

Pushed to second, Bernosky, a consummate professional, was one of the first to offer their congratulations. The two have grown to be close friends over the years and Koenig was proud to see how far Bernosky, one of the best High Power Rifle shooters in the world, had come. 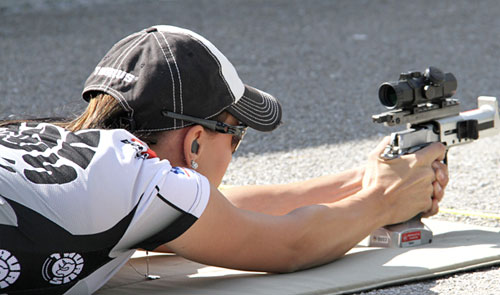 Congratulations to our 2013 Bianchi Cup Champions.