Combative Fitness: Do you have it? 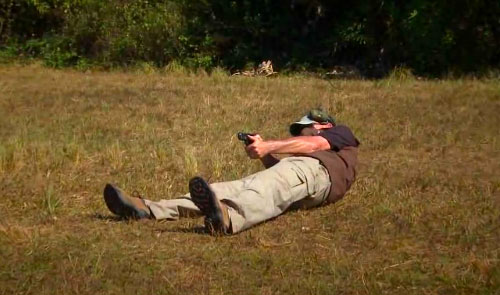 I teach “the combative application of the pistol” which is more than just shooting. Trainers and students are in a moment of time when many shooters have confused how well they can shoot a popular range drill with how well they can fight. A reality check here people…how fast/accurate you can shoot the El Presidente’, 2x2x2, FAST or any other popular drill is not necessarily and indicator of how well you will perform in armed conflict. Do you need to be a good shot? Hell yes!! Anytime you can improve skills you will increase confidence and confidence in skill(s) is the single biggest factor in overcoming fear in conflict. Understand fear will either enhance skill or shut you down…it’s all a matter of how you handle it and many cannot comprehend the difference between adrenal dump and fear. There is a BIG difference between shooting and fighting, but most people cannot recognize the difference as they have never been in conflict. Thus, they try to relate fighting to what they do know…competition! They then become infatuated with successful performance of particular drills thinking they are now ready to fight. Good luck with that…

Following this train of thought, here is another dose of reality…are you prepared physically for what you might face in a crisis event? Keep in mind this event might not be a gunfight…it might involve pulling yourself and your loved ones out of a sinking automobile or fleeing the scene of a man made or natural disaster. Can you remove yourself from a building on fire or one that has been hit by an airplane (remember 9-11?)? You might have to climb down from elevated floors. Fitness means many things and like shooting you can’t buy skill/fitness…you must work at it! What does “combative fitness” mean? It’s not so much how you look but what you can do physically. You don’t have to look like Mr. Atlas to have combative fitness…its more about what you can do.

Do you have the upper body strength to pull yourself up and over a wall or fence? Can you help endangered loved ones up and over? Fleeing the scene of a life threatening event can be the best course of action, but can you? Do you have the ability to remove yourself from a sinking car? This happens more often then people think and it is usually something as simple as a car leaves the road into a creek or pond…it seldom has anything to do with living near a large body of water. Can you sprint 40, 50 maybe 100 yards to escape a disaster or attack? Can you do it carrying your child? Do you have the cardio ability to fight full out for one minute? Physical confrontations lasting longer than this will leave a marathon runner “spent”. When I was the training supervisor for my former police agency I used to run a drill called “fighting the Red Man” in which officers would ether used an expandable baton or boxing gloves and fight an opponent wearing a padded Red Man suit for a timed minute. Even the youngest, most fit officers would be gasping for breath at the end and have a solid understanding of why it is important to end (win!) a confrontation as quickly as possible. Since the majority of confrontations do not rise to the level of deadly force a gun might not be a factor.

Even if deadly force is reasonable based on the situation, can you stay in the fight long enough to find an “opening” in the confrontation to deploy a gun? You must do so in a moment in time that it won’t be taken away from you. If you have been living on a diet of hamburgers, Twinkies and pizza this might be impossible. Hint: If you feel like you need a nap after eating you have likely eaten too much! It takes more to prepare for armed conflict than going to shooting school, logging into an internet gun forum or shooting a fast range drill. The word “combative” is defined as being ready and willing to fight and it’s a lifestyle commitment and a large part of that commitment is preparation…to be ready…it both mind and body. Put down the cupcake, step away from the computer and go for a long walk. Then go for a long HARD walk. Then start running…along the way maybe do a few deep knee bends or a push up or two. Bend and stretch…get flexible, fit and eat a few fruits and vegetables and then give critical thought about what you are preparing for. It’s not about some Spec. Ops. Zombie Apocalypse fantasy…its being ready to defend you and your loved ones from harm. Keep it real, dude…keep it real… 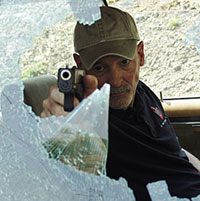 Dave Spaulding is the 2010 Law Officer Trainer of the Year and Law Officer’s Firearms columnist. A 36-year law enforcement and private security veteran, he retired at the rank of lieutenant. He is the founder of Handgun Combatives a training institution that focuses on the combative application of the handgun. He has worked in corrections, communications, patrol, evidence collection, investigations, undercover operations, training and SWAT—and has authored more than 1,000 articles for various firearms and law enforcement periodicals. He is also a graduate of most of the nation’s best known shooting schools. He’s also the author of the best-selling books Defensive Living and Handgun Combatives. Visit his web site at www.handguncombatives.com and like him on Facebook. His DVDs “Handgun Combatives are also available on Paladin Press. His latest DVDS “Situational Combative Pistols” and “Comabitive Pistolcraft Essentials” are available on Panteao Productions.