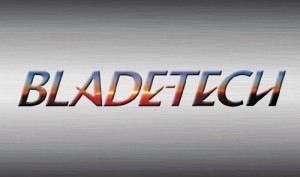 Blade-Tech Industries, a leading manufacturer of tactical and thermoplastic products announces the retirement of its founder, Tim Wegner.

Tim Wegner started Blade-Tech Industries with the idea that there was a need in the market for high quality thermoplastic knife sheathes and holsters.  His dream started in his garage hand making each piece.  As demand grew, Blade-Tech Industries grew.  Today Tim’s vision has developed into one of the best known high quality holster manufacturers in the United States.

In 2005 Tim hired Steve Avila, formally of Boeing, as CEO to take the company and vision to the next level.  Tim watched as his son, Bryce Wegner, took over as President of the company and his longtime friend and co-innovator from the first days in Tim’s garage, Tom Crawford, became COO.

With this new administration in place, a foundation was set that allowed Tim to start curtailing some of his executive responsibilities and work with the new team to focus on developing the right product for Blade-Tech’s ever growing customer base.

Tim is one of the pioneers of utilizing thermoplastic to make practical products that can be worn by law enforcement officers, military personnel and civilians alike.  His hard work helped forge techniques that are now widely used across the whole holster industry.

Over the years, Tim has designed many of Blade-Tech’s best selling knives.  In the early years of the company he oversaw the introduction of some of Blade-Tech’s most popular products and helped to chart a course that aided in leading Blade-Tech into many venues including the world of competitive shooting.  Blade-Tech is still one of the most used brands of gear across all of the shooting sports.

With the plethora of holster companies on the market today, Tim helped Blade-Tech secure its reputation of being a consistent provider of durable holsters that have an unsurpassed fit. Reliability is the foundation of Blade-Tech Industries’ success; a success that continues to grow even in the backdrop of a recession.