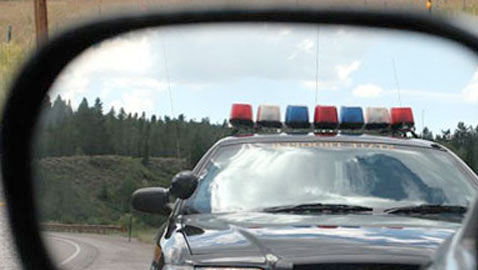 A concern we’ve addressed on THE BEST DEFENSE over several seasons is what happens when law enforcement officers interface with armed civilians. As I have stated many times on Down Range Radio, America is arming, and the number of concealed carry holders is skyrocketing.

That means the number of times concealed carry holders are going have to deal with the police is increasing exponentially. EACH ONE OF THOSE CONTACTS REPRESENTS THE POTENTIAL FOR A POTENTIALLY TRAGIC MISTAKE!!

I know law enforcement agencies dealing with armed civilians is part of their routine training. I also know of agencies that have never even considered such a contingency. We’ll continue addressing this issue on TBD, as I will on the podcast. For now, though, let me take you through a best case encounter.

Not a completely best case, because I got a speeding ticket, but I think the contact between myself and the Larimer County Sheriff’s Deputy motorcycle officer went perfectly. I’m not saying this is the only way to handle such a contact, but it is the way that I chose to handle it.

When I was pulled over, I immediately lowered all four windows of my Mini, shut the car off and placed my hands on the steering wheel at 10 and 2. The Deputy stopped the car and said, “Do you know why I pulled you over?” I said no, my standard response, then continued, “Deputy, before we go any further I want to inform you that I have a current concealed weapons license and that I am presently wearing a loaded and holstered firearm at 3 o’clock on my belt. How to you want me to proceed?”

The Deputy took it all in stride. “I’ll make you a deal; you don’t pull yours and I won’t pull mine. Sound good to you?”

“Remove your wallet from your pocket, then remove the license and registration and hand them to me.”

“I need your insurance card as well?”

I did exactly what he said, then returned my hands to 10 and 2.

I got the ticket, and then the Deputy thanked me, “for making it easy for me.” He then said they he also wanted to congratulate me for taking the responsibility of carrying a weapon, and he hoped that if he should ever be in a dicey situation that an armed civilian was there to help.

That is why I asked at each stage, how the Deputy wanted me to proceed. Just as he minimized my stress by saying something as casual as, “I won’t draw mine if you won’t draw yours,” I wanted to make sure that every one of my responses lowered his stress.

A lot of you are going to say I went way overboard. So be it. When 2 (or more) armed people come in contact, there can be NO OPPORTUNITY for mistakes! It is on you as an armed civilian to manage that contact in a way that minimizes the opportunity for a mistake. And, if I may be blunt, law enforcement agencies bear exactly the same responsibility, that is, to train their officers how to interact with armed civilians to reduce the opportunity for that lethal, tragic mistake.

Civilian or cop, we have to think about these things! In advance…