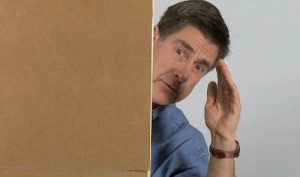 Aiming for the Upper Chest or Central Mass results in effective shot placement. This is a reasonable theory if no one is moving. In a real life self defense situation, you cannot expect that the assailant to stand still like a target on a shooting range.

This series is produced for DRTV by Ralph Mroz and David Kenik.

Feel free to discuss the tips on the forum and below on this page.

Ralph Mroz and David Kenik are the people behind the Armed Response DVD series. These video programs avoid both the simplistic advice that is too often given for armed self-defense, and on the other end of the spectrum, the over-macho “high-speed” “tactical” advice that is also both unrealistic and too prevalent. Instead the focus is on what is realistically possible for most people to do in these extreme circumstances. Mroz was a police officer for almost 20 years, most recently assigned to his county’s drug task force; Kenik is the firearms instructor for the Lake Arthur, NM police department.

4 Responses to Armed Response: Don’t Aim for the Upper Chest