Mindset – The Zen of the Flip Flop 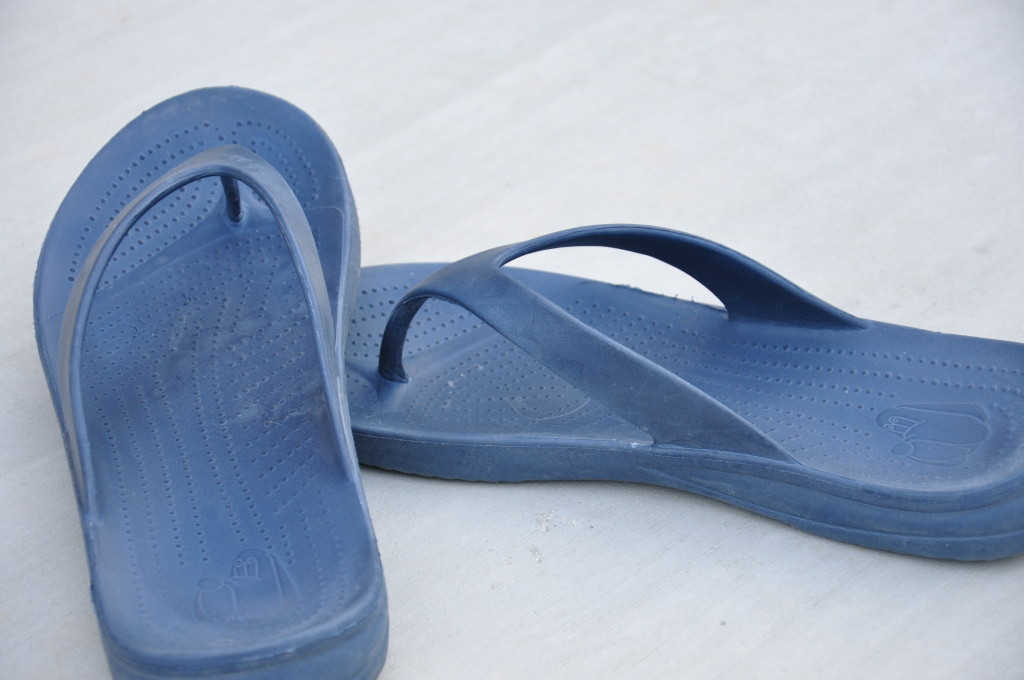 Jeff Cooper taught us the Combat Mindset and all of us in the defensive tactics/training business teach subjects like the Color Code, survival and preparedness. Unfortunately, most people out in the general population don’t get it, don’t care to learn and think people like us are nut jobs. If you happen to be traveling through airports you will see thousands of people wandering around dressed in shorts and shower shoes. Due to our increasingly informal society and the demands of the government to take off our shoes and prepare to be searched, many travelers have given up and gone to the ultimate in casual footwear.

As far as I’m concerned these people are displaying a remarkable lack of foresight and preparedness for emergencies. They figure, because they are nice, inoffensive people, nothing bad will happen to them and that’s why, when it does, they have no choice but to die. They have adopted the Zen of the Flip Flop, a careless state of mind.

If you experience an airplane accident while wearing shorts and shower shoes your chances of getting off the airplane alive are nil. If you somehow manage to get clear of the wreck, your inability to move around or walk to safety without shoes could kill you. If you are accosted by bad guys in the airport parking lot, your ability to run away or fight, while wearing floppy sandals, is nil. If you have to move backwards in a hurry with flip flops on your feet you will fall down and if you were maneuvering to save your life your chances of survival are nil. If you happen to be driving a car to the airport and the bottom of your sandal gets caught as you lift your foot to brake you may wreck and you may die.

Mindset goes way beyond figuring out how to win a gunfight, it’s really the adopting of a state of mind that insures your survival no matter where you are or what you are doing. Even if it’s not very likely, think about what could go wrong and take prudent, reasonable steps to ensure your safety.

Every time I see a news report about boaters caught in a horrible storm, I ask myself why they didn’t take the simple precaution of checking the weather before going out. Same goes for these stories where people get stuck in blizzards in the mountains because they decided to take a drive. If you can’t swim, why not go tubing with friends down a raging river? What could go wrong? And, if you are wandering around in the boonies, especially in bear country, without a suitable firearm you might end up being food.

The movie “Apocalypse Now” has a great scene that illustrates what I’m trying to get at. A patrol boat is making its way up a jungle river in enemy territory when one of the crew members decides it would be a good idea to go ashore and look for something to add to the meal he is preparing. The men end up being chased back to the boat by a tiger, screaming, crying and shooting. Throwing themselves back on the boat in their panic they cry, “Don’t get off the boat! Don’t get off the boat!” The point here is, if something is likely to endanger you, don’t do it. If there are places you should avoid because they pose a threat to your safety, don’t go there. If you aren’t sure what course of action to take, ask yourself if you should “get off the boat”.

There are many books on the subject of general alertness and preparedness. One I can recommend to you was written by my friend Michael Bane and is available at Amazon.com. It is, Trail Safe: How to Avoid Danger in the Backcountry. Check it out and remember the Zen of the Flip Flop. And don’t get off the boat.

3 Responses to Mindset – The Zen of the Flip Flop